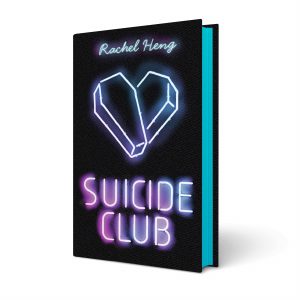 I was recently ill and when I am sick I tend to read a lot of fiction for some reason. This time I read quite a few books and this one was by far the standout. It is the story of Lea, a 100-year old woman living in NYC in an unspecified future where the government is using life extension technology to combat the shrinking population. At birth people have their DNA tested and are sorted into two groups - those that have good genes for longevity who will get all sorts of crazy life extension technology and everyone else, who will have the same lifespans as we currently do.

While this may sound good, in reality it plays out very differently - people get replacement hearts, blood and skin which can last hundreds of years, but if the different artificial components are "misaligned" you could end up with a heart that keeps you alive long after the rest of your body has decided to die. Also the government issues pretty strict recommendations on everything which are designed to squeeze every possible second of life out of your body. While I personally like most of these recommendations - such as no meat allowed, you have to take a break from work every hour to stretch, you are not allowed to work more than 8 hours in a day; many of them are rather onerous - like no open windows in your apartment, the only recommended music is Muzak, and sugar is treated much like we regard heroin today. Some people rebel against what they view as everything enjoyable being removed from life and form the titular "Suicide Club" where they protest against the system in the only way they can - by killing themselves.

This synposis doesn't do the book justice - it is a very thought provoking discussion on what makes life worth living and how the road to hell is paved with good intentions. As a very health conscious person who enjoys eating healthy and exercising I found most of the government issued "directives" in the book about what you could or should do to be pretty well in line with my opinions. Things like the mandatory hourly work break to stretch I thought were great ideas - I start to feel a bit crazy when I sit for too long in front of the computer. I was torn between agreeing with the principles of the various and sundry rules and seeing the negative impact that enforcing those rules had on the population. I haven't eaten meat in 27 years because that is my personal decision, but I don't try to force or even convince other people to not eat meat either, whereas the government in this book does enforce many ridiculous rules on people.

The main issue of this book was about immortality, and this is a subject I have strong feelings about. I often read about Silicon Valley executives getting blood transfusions from young people to try to extend their lives and about people who are obsessed with achieving physical immortality and I very strongly disagree with that. One of the most important instincts of every living thing is to try to stay alive, "survival of the fittest" implies that you need to survive, and I see this obsession with immortality as a manifestation of this instinct. If you can actually put this instinct aside enough to really think about it who would want to live forever? Certainly not me, and I suspect if they were really able to think through it not most people.